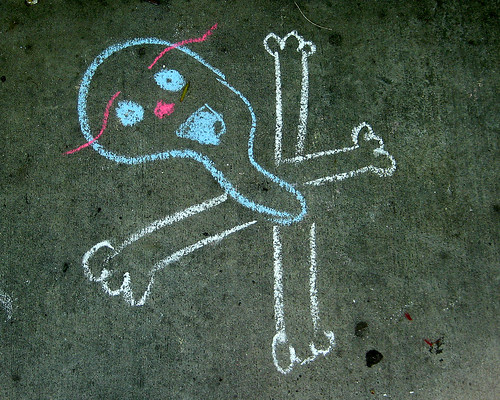 Often in projects, the learning is all at the wrong end. Usually after things have already gone horribly wrong or off-track, members of the team gather in a “postmortem” to sagely reflect on what bad assumptions and courses of action added up to disaster. What makes this doubly unfortunate is that those same team members, somewhere in their collective experience, may have seen it coming.

A pre-mortem is a way to open a space in a project at its inception to directly address its risks. Unlike a more formal risk analysis, the pre-mortem asks team members to directly tap into their experience and intuition, at a time when it is needed most, and is potentially the most useful.

Any, but typically small teams will have the most open dialogue

Depends on the scope of an effort; allow up to five minutes for each participant

A pre-mortem is best conducted at the project’s kickoff, with all key team members present and after the goals and plan have been laid out and understood. The exercise starts with a simple question: “What will go wrong?” though it may be elevated in phrasing to “How will this end in disaster?”

This is an opportunity for the team to reflect on their collective experience and directlyname risks or elephants lurking in the room. It’s a chance to voice concerns that mightotherwise go unaddressed until it’s too late. A simple discussion may be enough to surfacethese items among a small team; in a larger group, Post-Up or list generation maybe needed.

To close the exercise, the list of concerns and risks may be ranked or voted on to determine priority. The group then decides what actions need to be taken to address these risks; they may bring these up as a part of ongoing meetings as the project progresses. 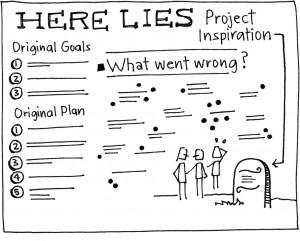 Conducting a pre-mortem is deceptively simple. At the beginning of a project, the forward momentum and enthusiasm are often at their highest; these conditions do not naturally lend themselves to sharing notions of failure. By conducting a pre-mortem, a group deliberately creates a space to share their past learning, at a time when they can best act on it.

The source of  the Pre-Mortem game is unknown. It’s similar, and related to, the Innovation Game: “Remember the Future” designed by Luke Hohmann.