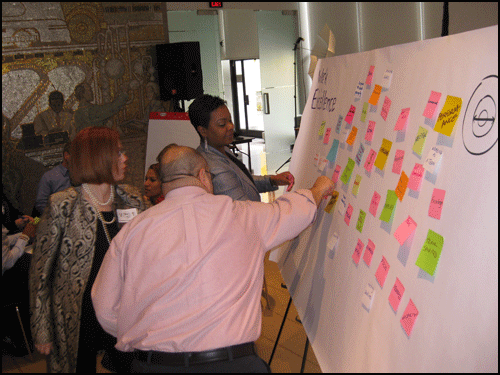 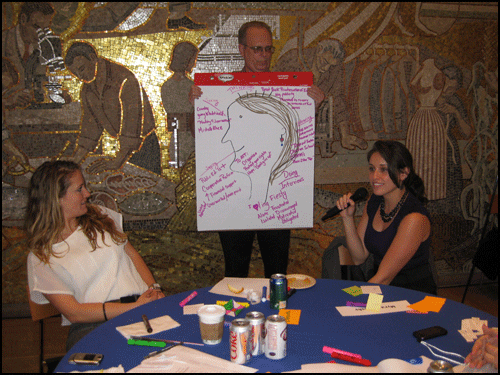 Sunni B. refreshed her union history during the latest Gamestorming session right down the street from the White House. Working with Union Privilege, a program of the AFL-CIO, together she used visual thinking and game techniques to devise their master plan for shifting from good to great. She invented a new game that actually isn’t in Gamestorming the book because she was inspired by Simon Sinek’s Start with Why (and because she finds it difficult to refrain from inventing new games to play.) She named the first game “The Golden Circle” based on Simon’s content, and then used a CIA technique called “The Phoenix Checklist” to get the group’s mental muscles working. She followed those activities up with S.C.A.M.P.E.R. and Empathy Mapping – one group drew a picture of the Executive Director which was hilarious – and finished early because the group worked so hard. Dare we ask if it may not really be “sundown on the unions?” This one had big plans for the future and storming the games helped them carve the path.

1 thought on “Gamestormin’ for the Unions in D.C.”