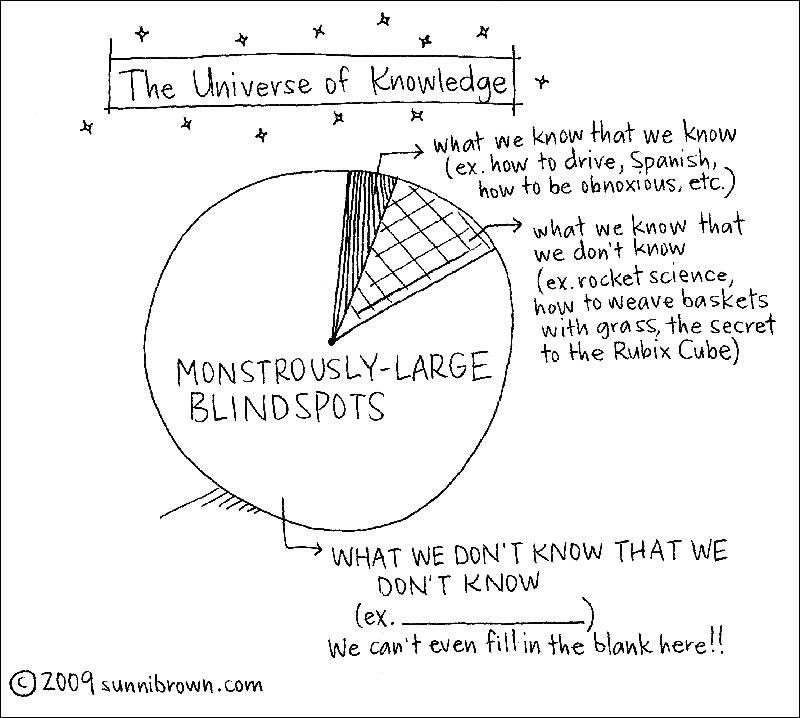 The way humans gain the lion’s share of what we know is through a slow process of gathering informational knowledge – accumulated layers of additive information based on years of exposure and experience. For example, my knowledge of Spanish is informational knowledge. I learned it through years of listening to Spanish speakers and eventually formalized it by taking multiple semesters at university, building up bits of knowledge to get a fairly complete understanding of the language. And along this learning path, I had an anticipated outcome – fluency. I would eventually know enough verbs, conjugations, vocabulary, etc. to present myself as a Spanish speaker. But nowhere along that learning curve did I create something rather than just accumulate it. Spanish was already there; it was just a matter of me methodically crawling through it, adding to my increasingly large pile of information.

And this is how most of us approach problem-solving – by applying informational knowledge. We think of a problem (or perhaps create one!), get a sense of its magnitude, reference relevant information we know and then apply it as a solution. And there are many situations in which this is a perfectly appropriate plan of attack: you see someone choking in a restaurant, you hurriedly scan your knowledge from the past, you perform the Heimlich. Brilliant. But the shadow side to this type of problem solving is that it confines you to the boundaries of the smaller pieces of the pie chart above – the realm of what you know and the realm of what you know that you don’t know. So if you know the Heimlich (even half-assed), you try it. And if you know that you don’t know the Heimlich, you’re likely going to seek out someone who does and ask them to solve the problem. But it’s highly unlikely that you’re going to spontaneously invent a new move and liberate a choking gentleman from his hambone. That’s just not the way informational knowledge works. And if you impress yourself by actually inventing a new anti-choking technique, well, surprise. You’ve just entered the realm of transformational knowledge.

Transformational knowledge is knowledge that can seem to appear out of the ether. It emerges almost as a flash – a eureka moment – and appears most often when we’re either under duress or in a child-like state of learning.  But since most of us eschew being “child-like” – we do take ourselves rather seriously – rarely do we get access to the biggest piece of the pie chart. We spend almost all of our time vacillating between the two dinky realms of either ‘what we know’ or ‘what we know that we don’t know.’  So it’s not shocking that when we’re tackling problems – business or personal – we find our way to the same results. How innovative can we really be when we’re treading and retreading the same ground? But don’t misunderstand; we’re not at fault – we can hardly be held responsible for what we don’t know that we don’t know. But we can be responsible for actively trying to get access to that space. To that big, mysterious piece of the pie that’s hoarding almost all of the creative solutions.

Knowledge games, as set forth in our book, are powerful because they’re designed to help us move out of the familiar and predictable and into the uncertain and unknown – where creation actually lives. We’re including games and meeting processes in which the rules aren’t rigid, you can veer away from a directed outcome and you’ll often be surprised at how it all turns out. We’re giving you tools to create, not repackage. And this is important because, as Einstein understood, “Problems cannot be solved by the same level of thinking that created them.”

Note: This post was inspired by Landmark Education, a forum that applies the notions of informational vs. transformational knowledge in the areas of human consciousness and performance.
Category: The Knowledge Economy

7 thoughts on “Why knowledge games work”