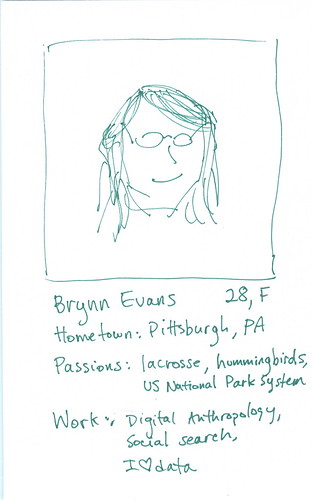 People sometimes grumble about the dreaded “icebreaker,” but humans are like cars: we perform better when we’re warmed up. This meeting starter is great because (1) it lets people self-define, (2) it gives people a “personality” outside the typical work environment, (3) it gives participants quick snapshots of multiple players (since they see many cards as they’re being passed around), and (4) it creates memorable visuals that give people conversation pieces as the meeting progresses.

1. Give the meeting participants access to large-scale index cards and markers.

2. Ask them to take 5–10 minutes to create a personal “trading card”—one that includes a self-portrait, a nickname for their “player,” and one thing about themselves that people in the meeting aren’t likely to know.

3. Have the players pass the trading cards around the room in no particular manner or order. Tell them to read each trading card that falls into their hands and hold onto one they might ask a question about. They can keep passing until they find one.

4. Ask for volunteers to read their player’s name and nickname and then to ask that person a question related to the little-known fact on his card.

5. Let the player who was chosen elaborate on the question he was asked. The player can then opt to ask the person whose card he’s holding a question, or he can pass and you can request another volunteer.

6. Keeping going around until the players appear to be sufficiently warmed up. But try to keep the play at or less than 15 minutes long. 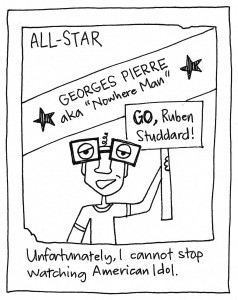 So, during the Trading Cards game, there really is no harm and, ahem, no foul. Help meeting participants integrate before the meeting starts.

The source of the Trading Cards game is unknown.