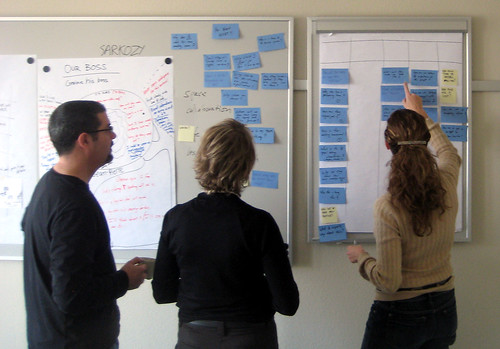 Object of Play
When prioritizing, a group may need to agree on a single, ranked list of items. Forced ranking obligates the group to make difficult decisions, and each item is ranked relative to the others. This is an important step in making decisions on items like investments, business priorities, and features or requirements—wherever a clear, prioritized list is needed.

Duration of Play: Medium to long; 30 minutes to 1 hour depending on the length of the list, the criteria, and the size of the group 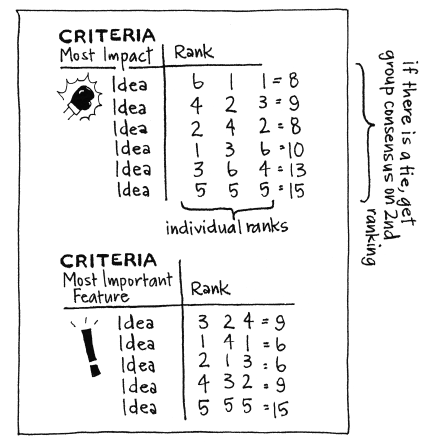 If there are multiple dimensions to a ranking, it is best to rank the items separately for each criterion, and then combine the scores to determine the final ranking. It is difficult for participants to weigh more than one criterion at a time, as in the confusing “Most potential impact over the next year and least amount of effort over the next six months.”

In this case, it would be best to rank items twice: once by impact and once by effort. Although there is no hard limit on the number of items to be ranked, in a small-group setting the ideal length of a list is about 10 items. This allows participants to judge items relative to one another without becoming overwhelming. By making the entire list visible on a flip chart or whiteboard, participants will have an easier time ranking a larger list.

Once the items have been ranked, tally them and discuss the prioritized list and next steps.

Strategy
Creating a forced ranking may be difficult for participants, as it requires they make clear-cut assessments about a set of items. In many cases, this is not the normal mode of operation for groups, where it is easier to add items to lists to string together agreement and support. Getting people to make these assessments, guided by clear criteria, is the entire point of forced ranking.

The original source of the Forced Ranking game is unknown.